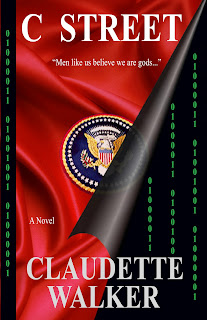 “Solomon M. Rosenberg, CIA, December 27, 1998, Sarasota, Florida: I hereby state this as my deathbed declaration. My diagnosis is terminal, inoperable lung cancer. My treatment in New York seems to have extended my time, but I do not know how much longer I will live. Although I have many more stories to document, this one is the most significant of all, because it details a plan that has the greatest risk of changing the future of the world. This plan is so far-reaching that I cannot risk failing to document it. As with each of the tapes, I will begin with a preamble, since each tape must stand alone, in the event of destruction of the others. The listener needs to understand some background information.

“It all began on February 9, 1963, at Jerome L. Greene Hall of Columbia University – It was my senior year at Columbia Law. I was deep in thought about the International Treaties lecture I had just attended. While I was walking alone near the large bronze lion that stood in front of Havemeyer Hall, a man in a gray tweed suit and gray Fedora hat approached me. ‘Excuse me, could you tell me how to get to the Sacred Cow restaurant?’ Being a native New Yorker, I knew the restaurant well and was happy to oblige him with directions. As I began to speak, he interrupted me, ‘Mr. Rosenberg, my name is Meier Finch and I am with the CIA. I would be pleased if you would join me for lunch.’

“I was stunned by the serious look on his face, and I asked him what he wanted from me. Mr. Finch replied, ‘The United States Government would like to offer you a position when you graduate.’ I told him that I had already accepted an associate position with a law firm, so I really did not need a job. He told me that the government position was in addition to the job that I had already accepted, and that it would not interfere with my practice of law. Pleased, proud, and innocent, I accepted Meier Finch’s invitation for lunch.

“We walked together in silence until we were just off the campus grounds. A limousine pulled up beside us. Meier quickly opened the door and invited me to step inside the car. As we got into the car, Meier told me that the position would not begin until after I passed the bar examination. That ride forever changed the course of my life. The limousine did not take us to the restaurant, but it did take me to lunch at a Manhattan apartment on Fifth Avenue. Meier told me it would be my apartment at no cost while I studied for the bar exam, and for as long as I chose to practice law in New York. I knew it was only a block or so away from the firm where I would be practicing, and it was a great apartment in a great area. That seemed a deal too good to pass up. That day I took an oath of secrecy and signed my life away.

The plane flew from Washington to Geneva, Switzerland. We arrived at 2:03 AM, GMT + one. It was a bone-chilling –25°C. A limousine took the participants directly to Hotel Les Nations, where a suite was waiting. Steven Dahl scanned the rooms for listening devices, and then the meeting commenced."

“The Geneva meeting opened at 3:20 AM, local time. Steven Dahl controlled the meeting.... Dahl's soliloquy sounded uncomfortably like treasonous talk. Dahl continued, and assuaged our fears. 'You may think that this sounds like treason, but our task is twofold.... Our first task is to develop the method for controlling the technology. Our second task, our ultimate goal, is to develop and implement protections to avoid such an attack. Our mandate is as patriotic as apple pie.' The tension that had developed in the room just as suddenly dissolved. I will not pretend I did not know the truth....”

“Very early in B6's mission, I began secreting documents, evidence, and computer code. When highly effective drugs were created, like those used for killing or those used for mind control, I would borrow a few vials using my Q Clearance. I always maintained a supply of Astrolite and other powerful small weapons. On my last trip to Washington, I entered the secure underground bunker I had built in Arlington, Virginia...

“Perfect,” Jacqueline thought. A red silk dress and red heels was all that she would wear. After all, Enrique said she should feel free in Costa Rica...

“I ask no forgiveness for my work on C Street. Men like me believe God is our judge, or more honestly stated, we believe we are gods.”

Jacqueline flipped open her laptop computer and did a search for the remaining men of B6. She found that two of the men that Rose had named on the tape, Charles Hallwick and Melvin Lord, appeared to be still alive and involved in some activity overseas. Jacqueline knew what part of the government the two were in — it was the CIA. However, it appeared Stephen Dahl and Meier Finch simply did not exist. She could find no reference to the men in government, social or college records.